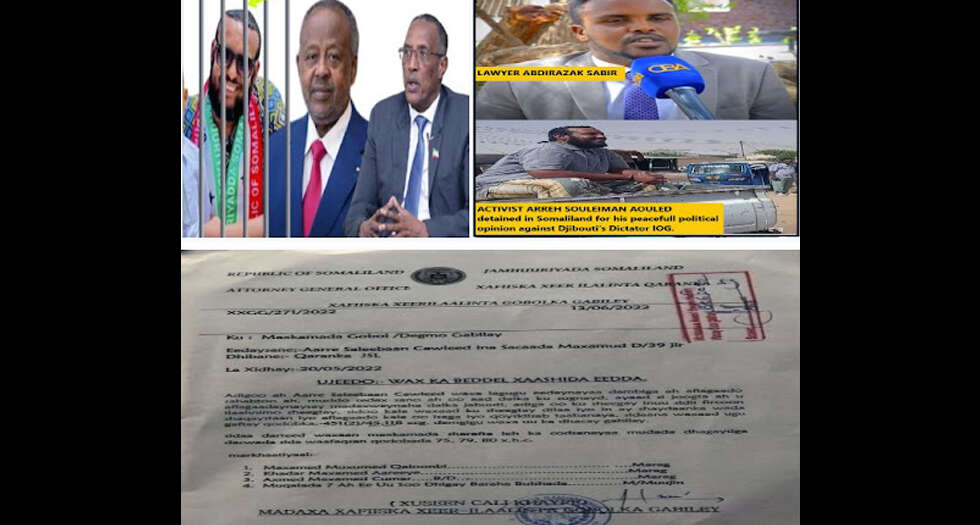 Lawyer Abdirazak Sabir has now come out saying that there are no valid charges against his client Arreh Souleiman Aouled to justify his continued incarceration at the hands of the Djiboutian authorities. Aouled, who fled Djibouti and currently seeks asylum in Somaliland, had been arrested for merely denouncing corruption and dictatorship in neighboring Djibouti. His lawyer has urged authorities in Somaliland to show restraint and be respectful toward the rights of his client. 06-16-2022 Explore

See our previous article dated 05-20-2022 for details on the arrest of another Djiboutian Citizen in Gabiley Somaliland, Arreh Suleyman Awled Arreh .