for democracy in Djibouti

Multiple reports now confirm that by 2011, President Guelleh’s regime had turned fully autocratic. When the regime first came to power in 1999, it did so with the promise of democracy: public discussion of education and economic reforms were initiated, and an ombudsman was appointed. Just six months later, the regime cracked down upon the main opposition figure, arresting 19 of his family members and supporters on trumped-up charges.

And this was only the beginning. Ever since then, Amnesty International and Reporters without Borders have consistently reported detention and torture as the regime’s indiscriminate reaction to dissent.

Despite Djibouti being the largest per capita recipient of US and French foreign aid in Africa, the country has seen little in terms of infrastructural development, improvement of living standards, and growth of employment opportunities. Friends of Djibouti reports that about 70% of Djibouti’s total population lives in dire poverty with extremely limited access to healthcare, welfare and utilities, while food and water scarcities continue to tear the nation apart.

In addition to high levels of foreign aid, the country receives an enormous amount of foreign military rent. Home to US and French military bases for decades, Djibouti has witnessed a rapid growth of foreign military installations since 2001. Along with a Chinese naval base steadily growing in influence, Djibouti now hosts Italian, Spanish, German and Dutch military facilities; while Russia, India and Iran operationally depend on it for military reconnaissance.

The strategic location of Djibouti at the mouth of the Red Sea also has it controlling some of the world’s busiest shipping routes connecting Africa to the Middle East. As a result, the country’s port and associated railroads have attracted a significant portion of non-military foreign investment. (1/3rd of the country’s GDP is reliant on the proceeds from its port).

Despite its gigantic incoming revenue, a policy of minimal public spending along with large-scale corruption, has led to the regime’s overall apathy for democratic measures. By leveraging the country’s inherent geopolitical significance with multiple foreign stakeholders, President Ismail Omar Guelleh’s regime continues to court international favors while actively destroying all hopes for democracy and human rights in Djibouti.

Since the beginning of 2021, we initiated a direct outreach program that regularly provides Djiboutians with food, drinking water, clothes and temporary shelter requirements. We understand that aid needs to reach people directly, and so we work with local activists, opposition groups, and our volunteers on the ground to ensuring its safe disbursal and distribution.

As vitally important as humanitarian relief is, it is not the solution. Djibouti must have a government that not only provides for its citizens, but also empowers them with the tools to utilize their their potential. And we believe that the only form of governance best placed to ensure the upliftment of all Djiboutians is a democracy.

We are working hard everyday with local stakeholders as well international communities — governments, NGOs, and the public — to address a plethora of humanitarian crises that defines the Djibouti of today.

We won’t stop till there is real democracy in Djibouti.

We won’t stop till every Djiboutian has access to universal human rights.

We won’t stop till our vision for a Djibouti, that works for and with every one of its citizens, becomes a reality.

We have successfully collaborated with major international organizations towards meeting our goals. Together with your help and support, we shall achieve great things for Djibouti, and the rest of the world.

The three women in the picture depict the three ethnicities in Djibouti. From left to right, we have an Afar, a Yemeni-Arab, and a Somali woman dressed in traditional attire. Together they stand for a diverse and multicultural Djibouti, that imparts equal rights and opportunities to each of these, and protects these rights with the help of a democratic framework.

Our logo is our vision for a Djibouti, that we will unitedly work together to bring into this world.

Our work and our charter belong with every citizen of the world who dreams of a better Djibouti, and a better world.

From key players to essential partners, we are daily extending our reach to work with nations, peoples and organizations in fulfilling the promise we made to ourselves: a democratic Djibouti. 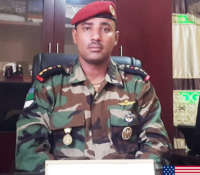 Founding Board Member and CEO, djiboutian.com

A former Commander of the Djiboutian Rapid Intervention Battalion and now a tireless activist, I have served the Djiboutian Army for 20 years while witnessing some of the most brazen instances of corruption, injustice and racial-discrimination. “Refusing to cooperate or collaborate, I resigned from the Army in April 2020 after I was sent to the US for training.” My family back in Djibouti having been prohibited from accompanying me, are subject to daily abuse at the hands of an autocratic regime; while I remain on political asylum in the United States, unable to return for fear of retaliation. Through all of this, my resolve has only grown stronger as I continue to strive for a Djibouti ruled by democracy and respectful of human rights. In July 2020 I was honored with the International Rosa Parks Award, as recognition for my work. 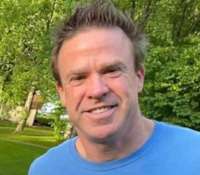 A loving dad and a suffering humanist, The Independence Project started as my way of negotiating an independence from the way the world seems to work. Although this was in some ways the result of the system having failed me, it did reinstate my faith in the transformational possibility of technology; so much so that I began to shift focus from real estate to the virtual space. A seasoned risk-taker by profession, here I felt for the first time that I would be taking risks also for the sake of my children, and for all of ours. Consequently, the success of such sustainable business-models as va.org, election.org and investment.net followed.